Back Home on the Island

I first heard this song on TV sung by the most influential band I have ever known, Wonderful Grand Band. The voice singing was that of the legendary Ron Hynes though the words he spoke could have been directly from the mouth of any one of my father’s generation in Petty Harbour. They spoke with weary heartbreak to see the way of life their parents lived, with happy, busy days on the waters and in the kitchens, supplanted by shrinking fisheries and one household after the other emptying to flea to the mainland for work in faceless crowds in nameless factories. I hope you love Cody’s short film to accompany Back Home on the Island as much as I do. My hometown, like so many on the coast of our Province is hoping to hold onto some of the best of our traditions and remind everyone, including ourselves, that we come from a rich and beautiful time and place.

Writing this book made me smile or even laugh out loud regularly as I recalled some of the amusing steps and way more of the amusing missteps of my lucky lucky life. I hope it brightens your day. 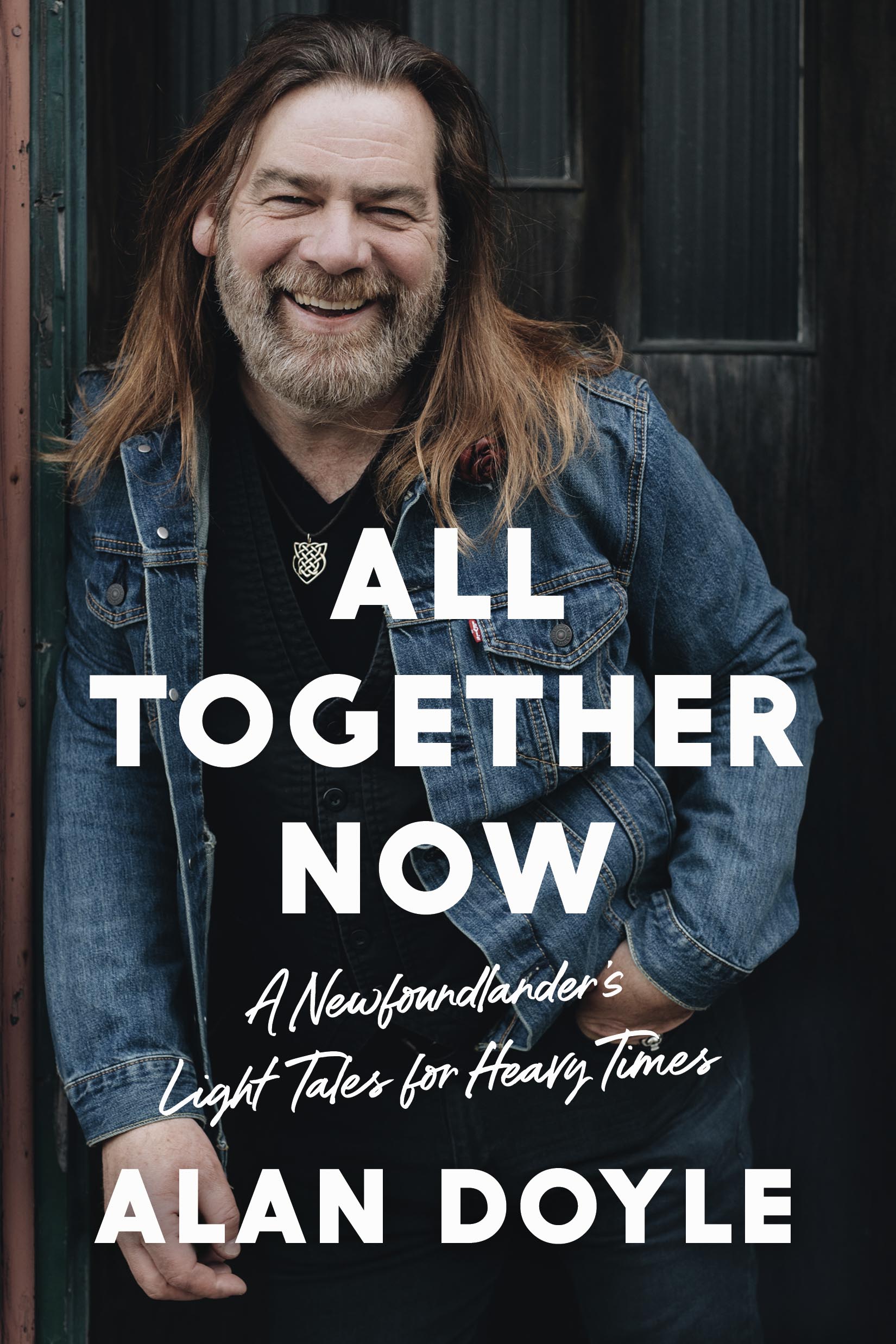 Pre-order “All Together Now”

The earliest days of this pandemic required we all be apart. I spent my days wishing we could all be together, and writing stories I would share if we were. I hope they bring you a smile or two.

The new book lands in November 2020, but you can pre-order All Together Now… now!